A Fort Greene passive house is about to break the neighborhood sales record just a few months after it was set.

The renovated townhouse at 6 South Oxford Street, a stone’s throw from Fort Greene Park, went into contract last month for roughly $1 million over the $7 million asking price, according to Compass’ Christine Blackburn, who listed the property with her business partner Lior Barack. It was on the market for barely a week. If the deal closes as expected late next month, it will beat the previous record of $6.5 million set by 198 Washington Park, despite being smaller by more than 3,000 square feet. At $8 million, the cost would be $1,488 per square foot, almost twice the $758 of the Washington Park mansion.

“We expected to get a lot of interest, we expected to have multiple bids, but we didn’t expect how high it would go with 10 bids,” Blackburn said. “Anything that is fully turnkey is commanding a premium.” The rental and for-sale market in and around Downtown Brooklyn have been on fire. A Brooklyn Heights duplex just rented for $40,000 a month, crushing the borough’s record set last summer, and Fortis’ Olympia Dumbo development could become the borough’s most expensive building ever.

It’s getting harder to discern any discount in the historically Black neighborhoods of brownstone Brooklyn, such as Fort Greene and Clinton Hill, which have gentrified considerably over the past 30 years — as did the formerly working-class enclaves of Park Slope, Boerum Hill and Carroll Gardens a generation before.

Blackburn credited demand for Fort Greene and Downtown Brooklyn to their proximity to the Atlantic Terminal transportation hub and Manhattan, as well as the 30-acre park.

“It’s definitely being driven by local buyers who have a very nuanced understanding of the premium for specific locations, block by block,” she said.

The South Oxford Street brownstone is 5,300 square feet and has five bedrooms and five bathrooms, with custom millwork throughout and ample storage. There are also built-in Sonos speakers throughout the house and a home security system. The kitchen has high-end appliances and a built-in island. The house’s lower level has infrared and standard saunas as well as a gym. The third floor has a solarium with a full glass roof, wood burning fireplace and office. “Renovations are becoming more and more expensive,” Blackburn said. “If the owners had to undertake a renovation at 6 South Oxford today it would cost much more than when they did it and it would be prohibitive.”

Wed May 25 , 2022
As a golfer, Lee Bakken has always thought about how great it would be live beside the Highwood Golf and Country Club in High River. Now he will, thanks to a successful bid on a house earlier in May. “I’m pretty excited. It should be good. There’s a lot of […] 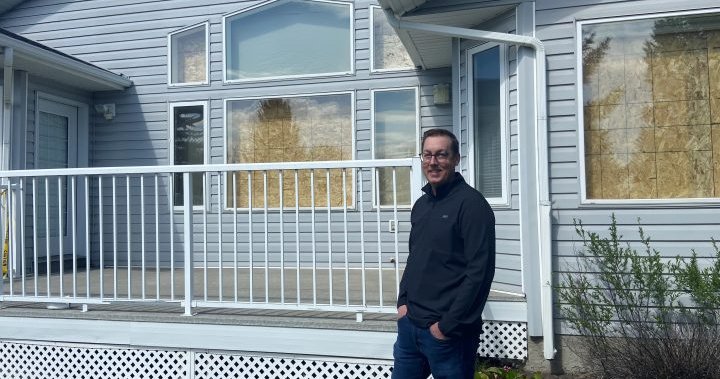