Where Creepy Hollow’s famous haunted house once stood, one lamppost and a pile of charred building material is all that remains.

“By the time I come up here, you can hear the whole thing just crackling,” Reimer said.

“It just went really quickly; people were calling 911. We had fire trucks all the way wrapped around… the driveway. They fought until 3:00 in the afternoon (on Saturday).”

“The loss, work-wise and museum-wise, is phenomenal.”

The fire was contained to the haunted house and didn’t affect any other buildings at Creepy Hollow.

Fire departments from Warner, Stirling, Milk River and Wrentham responded to the call.

Nobody was injured and officials said the cause of the blaze is still being investigated but will be difficult to determine.

“We also had to call in a backhoe to knock down what was left, because of course with the lack of moisture we had we didn’t want it to reignite if the wind came up.”

While the building’s memories are irreplaceable to Reimer, she said the outpouring of support from the community has been incredible.

City of Lethbridge committee hears about operational staffing struggles when it comes to fire, EMS

“Every day, people come into the yard…. and it’s somebody I know and haven’t seen in five years and everybody just starts crying all over again,” Reimer said.

“Then they pull money out of their pocket, even if they don’t have money to give and it just hits you.”

“Every room was its own museum, its own masterpiece. To think of all the memories, the fun and the joy that we spread to the community, they all have that,” Reimer said.

The family has started a GoFundMe page to help cover the costs of a rebuild. As of Tuesday afternoon, it has raised more than a quarter of its $10,000 goal.

And while a Creepy Hollow Halloween may look different this year, Reimer says there will be something for southern Alberta to enjoy this fall.

“Because that’s what we do,” Reimer said. “We don’t quit. We’ll find something else, bigger, better hopefully.”

Wed May 25 , 2022
A couple that bought a house in Sudbury, Ont., sight-unseen with no conditions says they got swept up in a hot housing market and now have major regrets. They’re sharing their story as a cautionary tale to other would-be buyers on the importance of due diligence.  Josh Keyes and Yuri Nakashima were excited […] 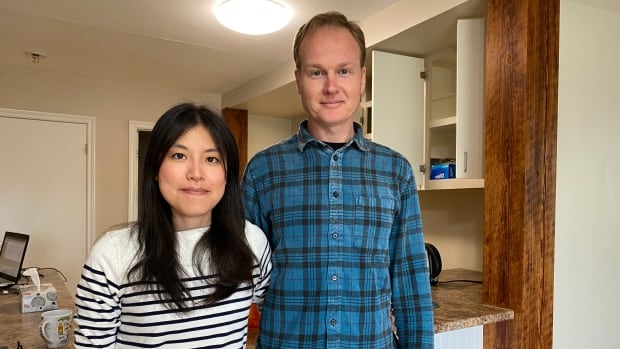